What’s up with the sex culture at Copenhagen’s med school?

“We sat in there, topless. It was fun to look at everyone’s breasts, and you could see people’s dicks too. You weren’t allowed to comment on them if they were bent, but you’d know,” says an anonymous female medicine student to our reporter. She is talking about the Shaft (Skakten in Danish).

Until recently, the Shaft was a small room off the place where the Fredagsbaren (Friday drinks night) took place in the Panum complex, Faculty of Health and Medical Sciences, University of Copenhagen. The Shaft was closed off recently in connection with the construction of the new Maersk Building – Panum Tower. To enter the Shaft you had to be either topless or bottomless. It’s infamous – a reference understood by all students of medicine. Is there a unique sex culture at the University of Copenhagen’s Faculty of Medicine and Health Sciences? And what do you find if you, in the Freudian sense, get to the bottom of the Shaft?

“Students of medicine are used to seeing people naked and thus develop a relaxed and no-nonsense relationship to nudity. Seeing people topless at Fredagsbaren – so what? It is what it is. It’s a part of the everyday when you’re always in contact with the body and its functions,” says Camilla Skovbjerg Paldam, who researches sexuality and pornography at Aarhus University. 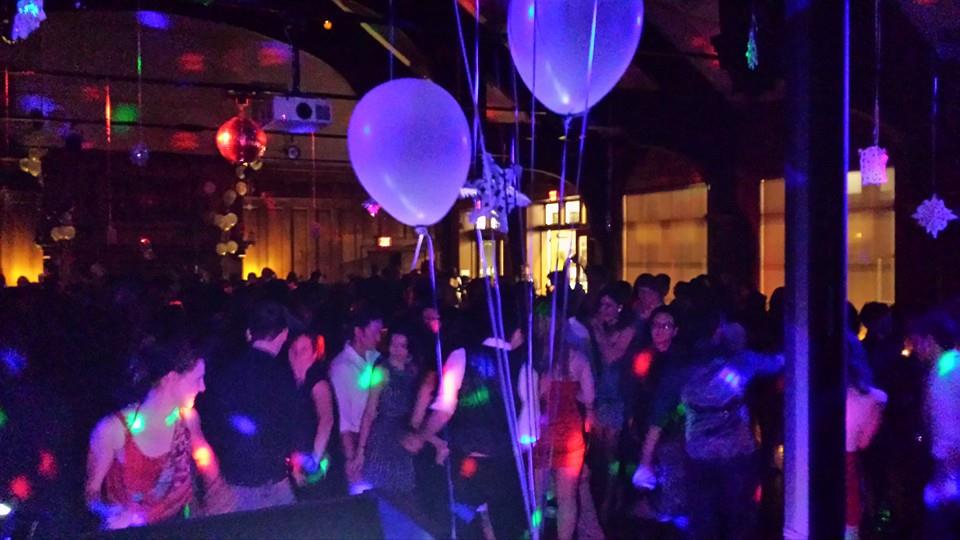 MOK AGAINST HUMANITY
As well as having demystified the human body, the fascination with sex at Medicine might also have something to with perhaps biggest taboo in the world of medicine: the mix of the anatomical and sexual interest in the body. It shouldn’t, for example, be sexually arousing to check breasts for lumps.

“It’s definitely a popular taboo. There are many cartoons about gynaecologists”, says Camilla Skovbjerg Paldam. Not only satire, but lots of pornography and semi-erotic novels are about transgressing this taboo.

“I believe that a public, democratic institution like the University of Copenhagen should have room for people writing literature in their spare time. On Facebook I like a union that throws fetish parties. Is that a problem? Students and management surely can’t be offended that you have a sexuality that you explore in some way or another,” says Jørgen Olsen. 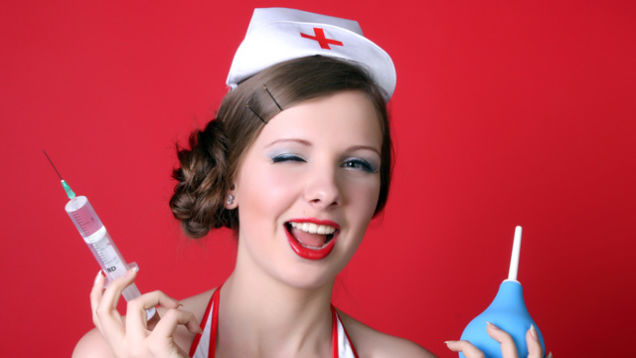 WORK AND PLAY
We wanted to use a picture of the Shaft for this article, but Husgruppen, the student club that arranges parties and Fredagsbaren at the Faculty, don’t allow photos:

“We’re not keen on photographs because the club is where we let lose. People down shots. And in five years’ time these people will be responsible for your life. That’s asking for a tabloid frontpage – ‘Here’s is your doctor – drunk!’ – and we want to avoid that,” says Markus Olsen, member of Husgruppen.

In an age where a photograph has eternal life online, students are afraid to be deemed unprofessional. It’s fun to mix sex and medicine in a politically incorrect stew – just not on the job. Jørgen Olsen, for example, has agreed with his superiors not to write another novel set at a place too reminiscent of his own workplace. At Medicine, they take their work seriously. But when they drop the scrubs and celebrate the weekend, there’s no reason not to genre-blend Atlas of Human Anatomy with Cosmopolitan.